BOARD OF ACADEMIC & EXAMINATION

The Academic Board will take full responsibility to look into the academic quality and rigour of Stanfort Academy. The Board also ensures that the content and duration of the modules or subjects, as well as the entry and graduation requirements of the course, are appropriate; that deployment of the teaching faculty is based on the requirements stipulated by the Committee of Private Education (CPE); and that Stanfort Academy maintains the robustness and integrity in the implementation and compliance with the policies and procedures developed.

FOR THE FACULTY OF MUSIC 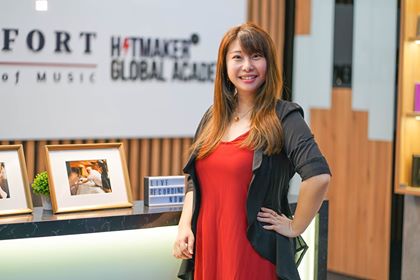 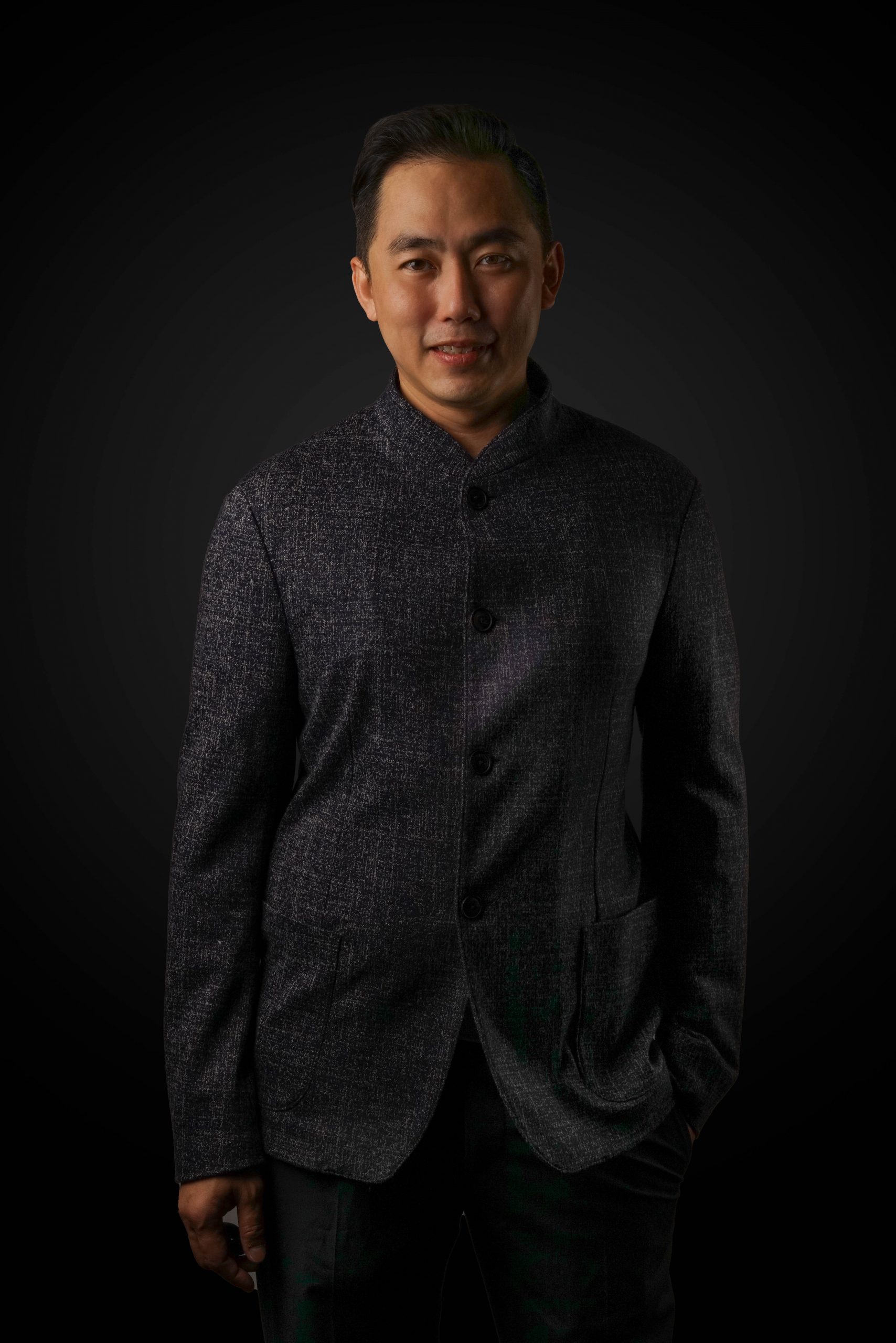 Andy Wong was the principal of Singapore Raffles Music College from 2008 to 2016 and was actively involved in the education scene for more than 15 years. His experience in the various industry made him an expert in business turnaround, development and growth. In 2016 – 2018, Andy was heavily involved in the e-commerce sector and the development of fully automated e-business platform which includes marketing, operations, finance and data analysis. His work with See Chic, an online optometry services platform was published in the Euromonitor as the up and rising disruptor in the online distribution channel.

In 2014, Andy met Jeff Miyahara, an American born globally active Japanese-Korean songwriter and a Music Producer who has produced more than 40 million records for more than 200 artists such as Boyz II Men, Timbaland, Juju, Girls Generations, and many more. In 2015, Andy and Jeff co-founded the Hitmaker methodology (Trademark in 2018), a Global Contemporary Music Experiential Learning initiative through the blended learning method. The concept brought together traditional classroom learning, online platform and essentially the REAL-life Practical Experience via the connections of award-winning creative industry experts including GRAMMY winners globally. In 2018, Andy, Jeff Miyahara and Chang Hong co-founded Hitmaker Global Academy with a strategic aim of providing students with the REAL Practical Learning Experience via the Hitmaker Global Experience (GEX) Workshops across the Asia Pacific Region. In 2019, the initiative has caught the attention of a Chinese-Yunnan based government investment vehicle and it is currently discussed of a potential sponsorship of a facility for Hitmaker – Jeff Miyahara Research Centre in the City of Kunming in Yunnan, China.

Andy has actively engaged in teaching in areas such as negotiation skills techniques, entrepreneurship, finance for events, logistics and touring for music and management students over the years in the education industry. He was also invited as a visiting professor to various conservatories such as Xinghai Conservatory of Music (2012), Sichuan Conservatory of Music (2013), Guiyang University (2013) and forums on topics related to the education industry in Singapore, organised by the University of Manchester and British Council in 2019. Andy is a trained management accountant from the Chartered Global Management Accountant since 1997 and graduated with a Master of Business Administration at the University of Manchester in the United Kingdom. He is currently pursuing a PhD. 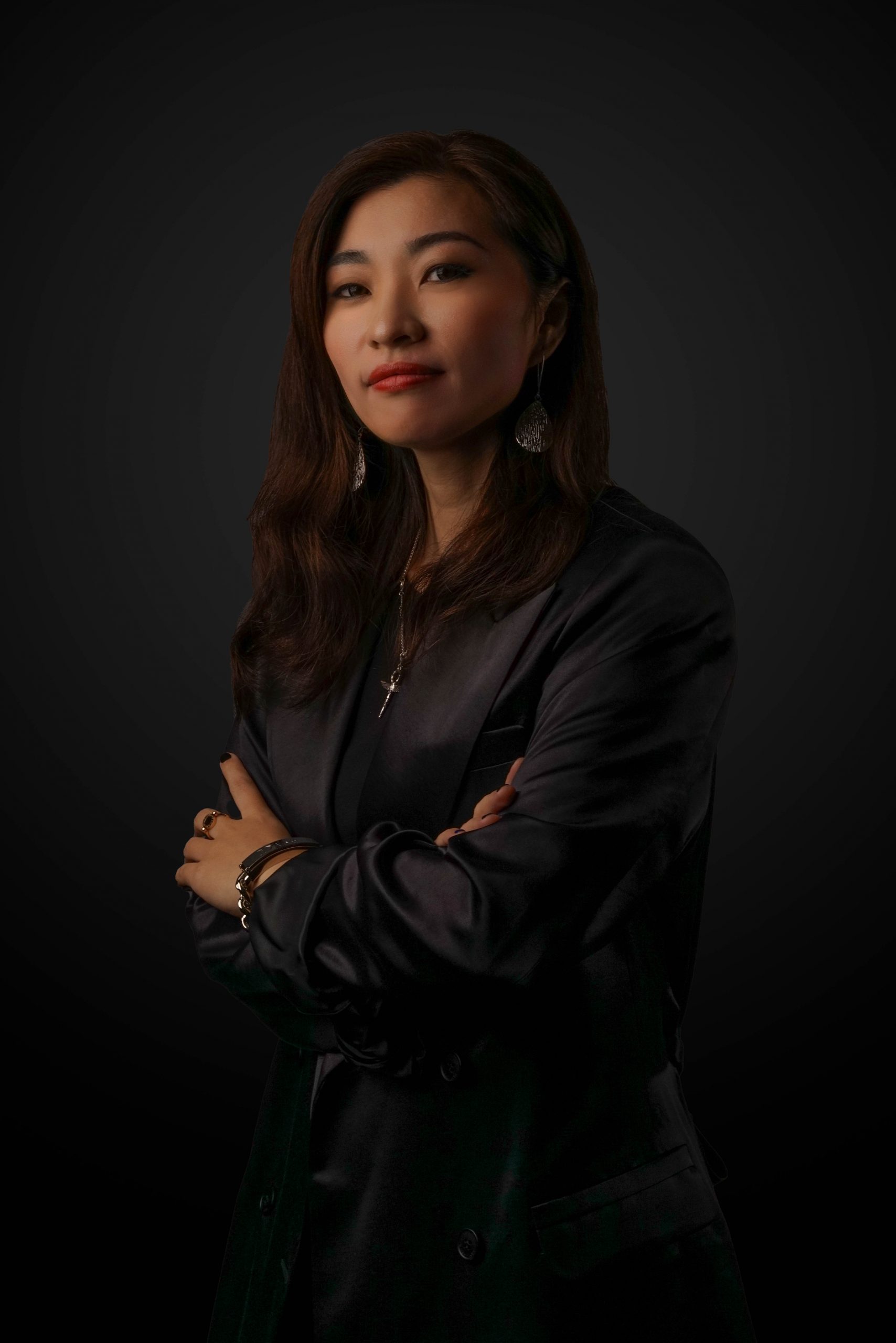 Chang Hong graduated with a Bachelor’s Degree with Honours in Clarinet in 2007 and achieved the Dean‘s List at YST. She pursued further as a postgraduate and attained a Master’s Degree in Clarinet Performance at YST and Peabody. She has performed with the Singapore Symphony Orchestra, Malaysian Philharmonic Orchestra and is a member of Singapore Lyric Opera. Chang Hong has years of experience organising international music festivals such as the International Solo & Ensemble Competition with more than 300 participants, study performance tours at prominent locations such as the Esplanade in Singapore and Min-On Concert Association in Japan. 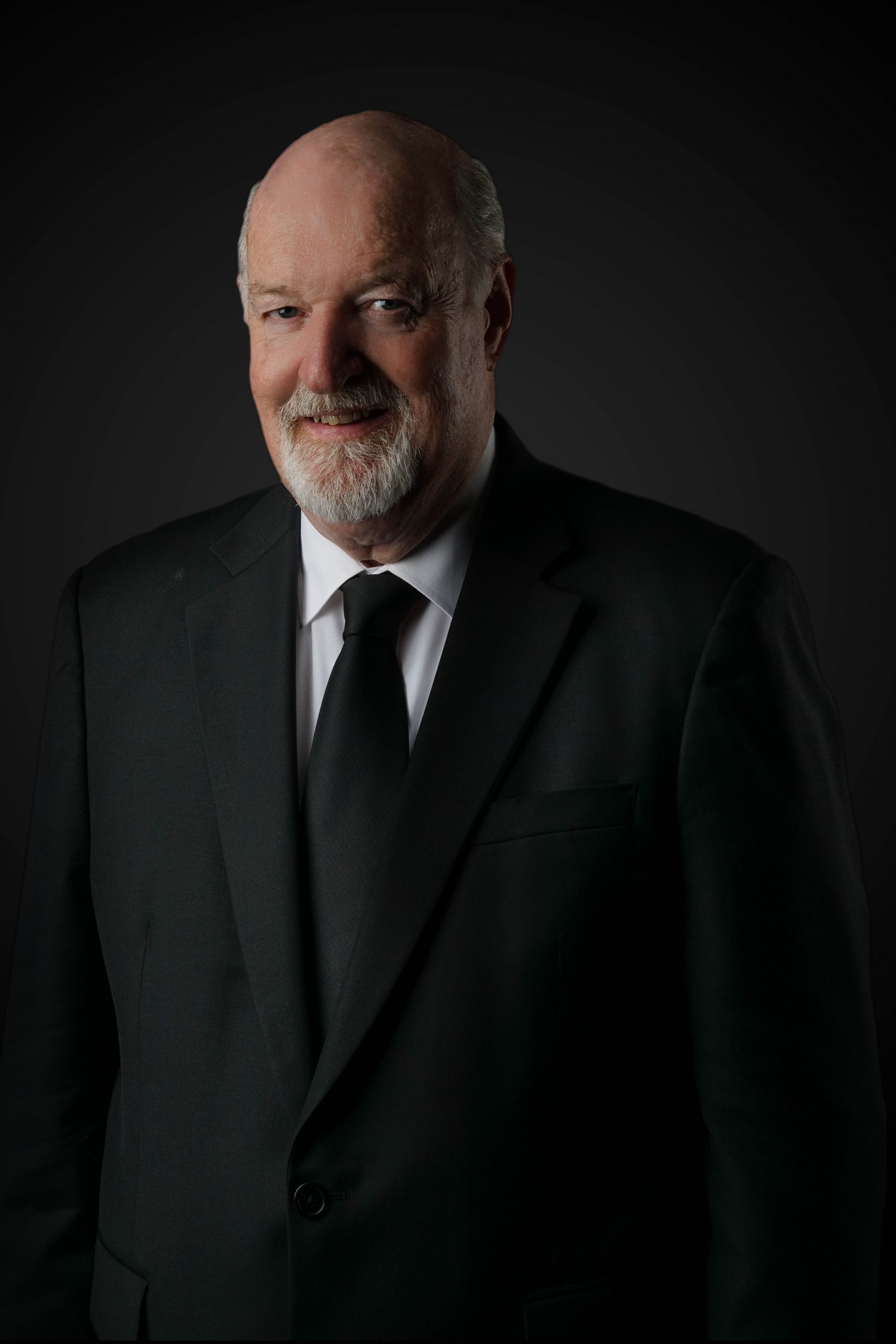 Emeritus Professor Whateley completed a Diploma of Teaching (with majors in Music and Psychology), a Bachelor of Education (Curriculum Design and Development), a Bachelor of Music Education (with a music education focus), a Graduate Diploma in Educational Administration (with a focus on Organisational Behaviour), a Master of Education (Assessment and Evaluation) and a Doctorate in Virtual Pedagogy. Throughout his teaching career he has maintained a keen interest in how and why people learn.

Dr Whateley began his teaching career (1975 – 1988) in the area of music and arts education at both primary and secondary level. He has taught at every level of formal education (K – PhD) and has either, taught and/or researched, in four States and five Countries.

He commenced his work in the tertiary sector at the University of Tasmania in Hobart (1989-90) as a Lecturer in Music Education. He moved to Griffith University on the Gold Coast (1991-1999) as a Lecturer/Senior Lecturer in Music Education. He served as Head of School – Arts and during that time managed the Film and Television Music post- graduate awards at the University and the Queensland Conservatorium of Music where he also served as Deputy Dean (External Relations). He became Associate Professor and Director of the Central Queensland Conservatorium of Music (2000-2003) where he co-founded (with Professor Ian Bofinger) Australia’s first ‘Virtual Conservatorium’. He also held the position of Head of School – Arts and Manager, Business Initiatives in the Faculty of Education and Creative Arts.

He took the position of General Manager and Professorial Head of School at the Australian Institute of Music (2004 – mid 2005). He also held the position of Senior Visiting Fellow at the College of Fine Arts, University of New South Wales (2006 – 2008) and Director of Education and Quality at the National Centre for Language Training (an International Centre of Excellence at the University of New South Wales) from mid 2005 to end 2008. Greg held the position of Senior Visiting Fellow at Wesley Institute (2005- 2011) where he chaired the Academic Board and managed the Master of Music program (Arts Management strand). In 2008 Greg was appointed Principal of the Australian International Conservatorium of Music. He was also Consulting Chair of Arts Management at the Sydney Opera House in association with the Australian Institute of Music. In 2011, Greg accepted the post of Deputy Dean at UWSCollege, University of Western Sydney and later became theDean of The College (Western Sydney University). For seven+ years Greg was the Chair of the Academic Board at the Australian Institute of Music (AIM)

Emeritus Professor Greg Whateley is currently Consulting Deputy Vice Chancellor, Group Colleges Australia researching and writing in the areas of Quality Management and eQuality. Greg retired from Teaching Management and Leadership in October 2020. He is author of more than 250 external publications and advises in the areas of accreditation, quality assurance, government reporting, eLearning, mLearning and bLearning. He is currently a Member of the Editorial Board for theInternational Journal of Innovation, Creativity and Change; a Reviewer for the British Educational Research Journal, Chair of the Board of Directors, Australian Academy of Music and Performing Arts, a Member of the Academic Board of Stanfort Academy (Singapore); Chair of the Academic Senate of UBSS and Director, Group Colleges Australia, and Chair and President, Musicum20. Greg is also a Fellow of the Australian Institute of Management and a Fellow of the Australian College of Research. 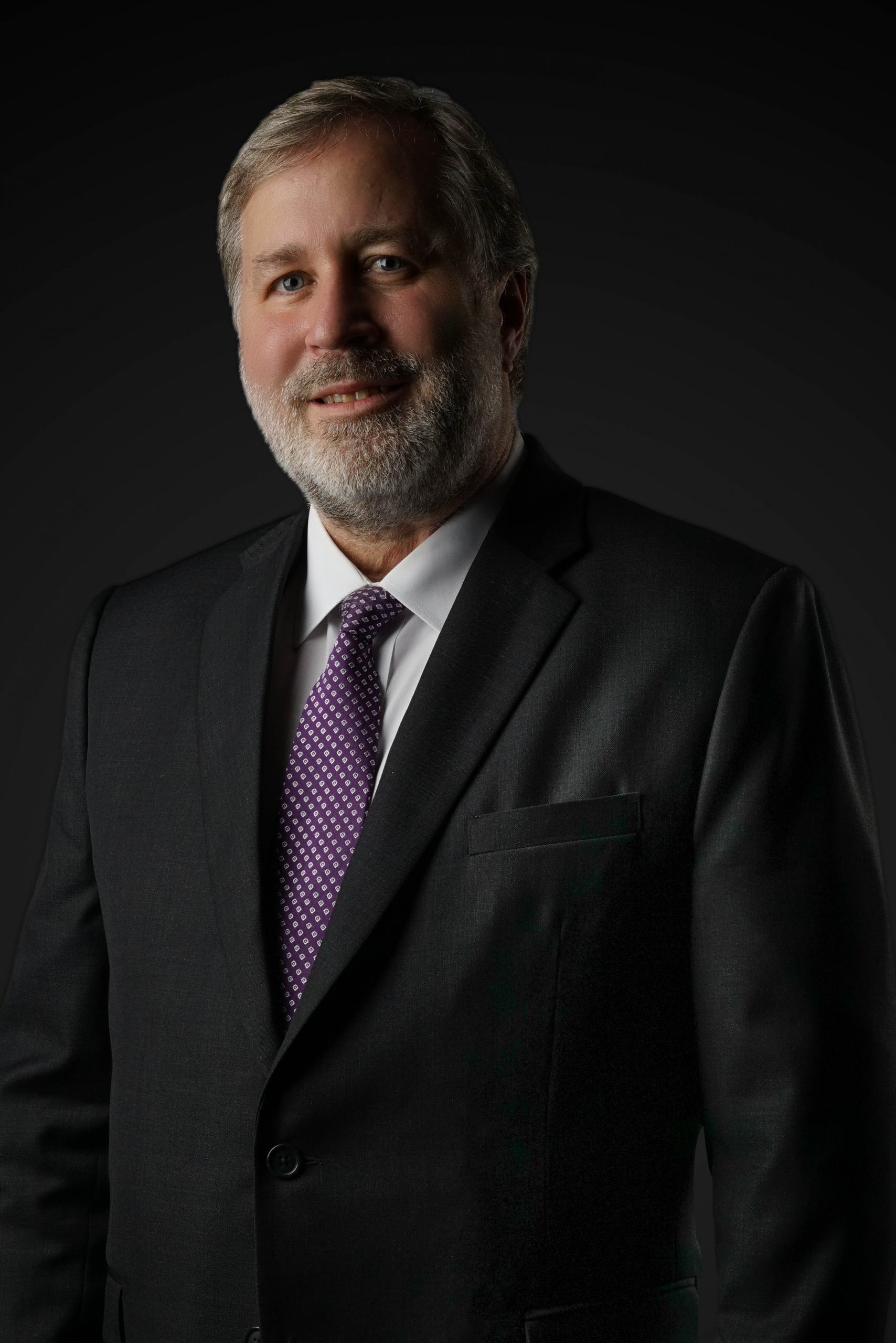 Ian commenced his professional career as a Lecturer in ‘Cello at the Queensland Conservatorium of Music (Griffith University) in 1998, whilst working with the Queensland Symphony and Queensland Philharmonic Orchestras.

In 1991, Ian moved to the Central Queensland Conservatorium of Music where he ultimately became Deputy Director (2002-2005) and foundation ‘cellist of the Lyrebird Trio. During this time he completed his Doctoral Studies where he co-founded (with Greg Whateley) Australia’s first ‘Virtual Conservatorium’.

In 2005, Ian relocated to Sydney to take up the position of Deputy Dean and Head, Academic Studies and Information Services at the Australian Institute of Music (AIM). The original requirements of this position at AIM were to update three of the weakest and maligned areas at the Institute – Academic Studies, Information Technology and the Library.

The opportunity to step outside of the music discipline came in early 2009 when Ian became Manager, TEL (Technology Enhanced Learning) at the University of Western Sydney College.

Later in 2009, Ian returned to the Australian Institute of Music to take up his current position as Executive Dean. In the 6 years from 2009 – 2015, Ian has been instrumental in the rapid growth and development of AIM to become the largest music school in the southern hemisphere. In this time, AIM more than doubled its campus size, income and student numbers. Ian also designed and implemented a second major campus of AIM, which was operational in the CBD of Melbourne at the beginning of 2014. 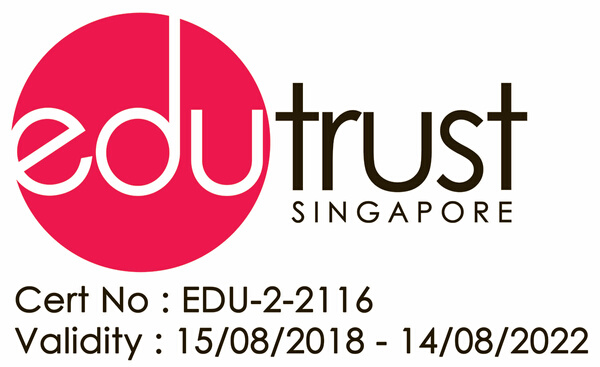 Board of Academic & Examination